Core Impact has further enhanced the pen testing process with the introduction of two new modules. The first module enables the use of .NET assemblies, while the second module provides the ability to use BloodHound, a data analysis tool that uncovers hidden relationships within an Active Directory (AD) environment. In this blog, we’ll dive into how Core Impact users can put these new modules into action during their engagements.

With the Core Impact ".NET Assembly Execution" module you can now include .NET assemblies in your engagements. This module accepts a path to a local executable assembly and runs it on a given target. You may pass arbitrary arguments, quoted or not, to this program as if you ran it from a command shell. It can be executed in a sacrificial process using the fork and run technique or inline in the agent process.

Cobalt Strike, an adversary simulation tool that focuses on post-exploitation, also uses .NET assembly tools. The ".NET Assembly Execution" module is compatible with extensions commonly employed by Cobalt Strike users, providing an opportunity to broaden the reach of Core Impact. Any executions that employ the execute-assembly command in Cobalt Strike can be used as a shared resource when using both products for a testing engagement.

Some modules used by Cobalt Strike that can be now used within Core Impact include: 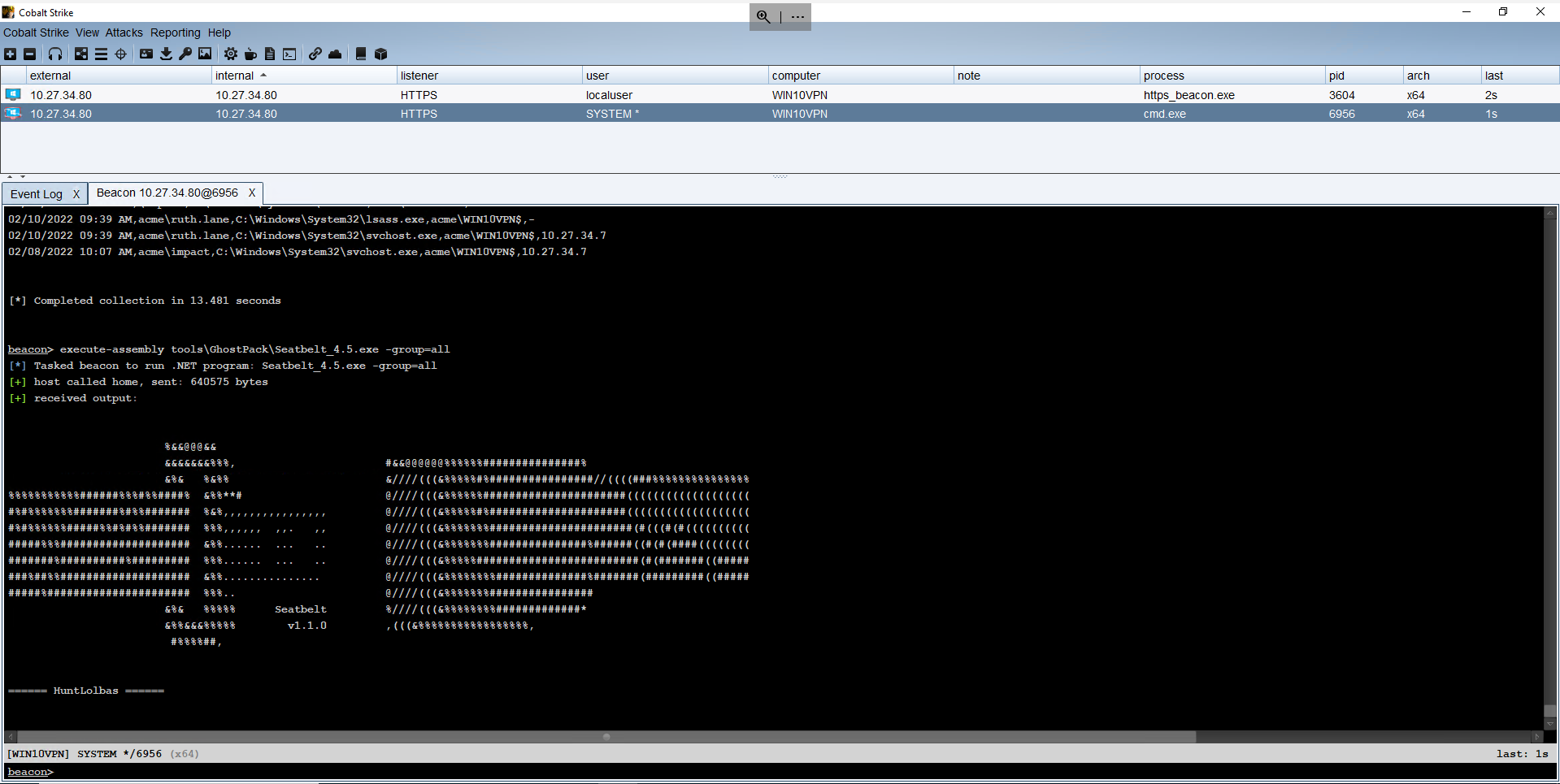 Another module, "Get AD data with SharpHound (BloodHound Collector)," is based on the same technology as the first. It was developed to enable the usage of BloodHound during an Active Directory attack to facilitate the reconnaissance steps. Bloodhound works by analyzing data about AD collected from domain controllers and domain-joined Windows systems, quickly detecting complex attack paths for lateral movement, privilege escalation, and more. Users can now incorporate these capabilities into their engagements to help identify these attack paths before threat actors do. 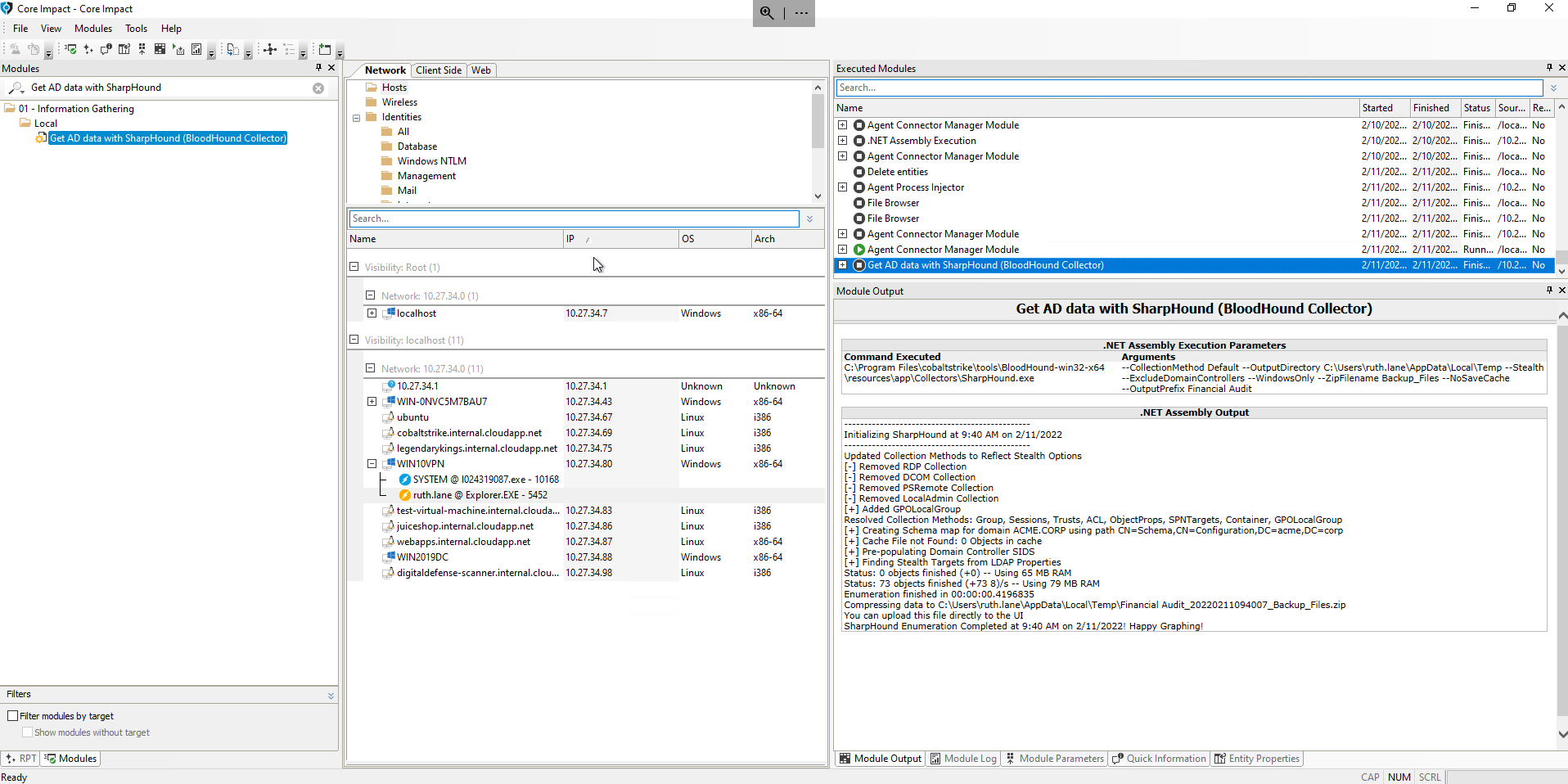 Expand Your Security Tests Even Further

Successful security testing involves both talented cybersecurity professionals and the right portfolio of tools. Solutions that work with one another can help to maximize resources, reduce console fatigue, and standardize reporting. Tools like Core Impact can help serve as a point of centralization, helping organizations to advance their vulnerability management programs without overcomplicating strategies.

Watch a brief demo and see all the ways Core Impact helps you conduct advanced penetration tests with ease and efficiency.